A couple of years back I got hold of 2 damaged K5 railguns in 1/72 scale from Hasagawa and decided that as I had never built anything in this scale, to make up three french railguns and put them in a basic diorama setting. I saw a couple of good photos in the Squadron book showing a goods yard and copied it as near as possible but adding a bridge and some bits and pieces along the track sides, the models were made fairly simplified from the usual thin card, strip and rod and the kit wheels used, the lengths of track were from a friend’s old rail layout. 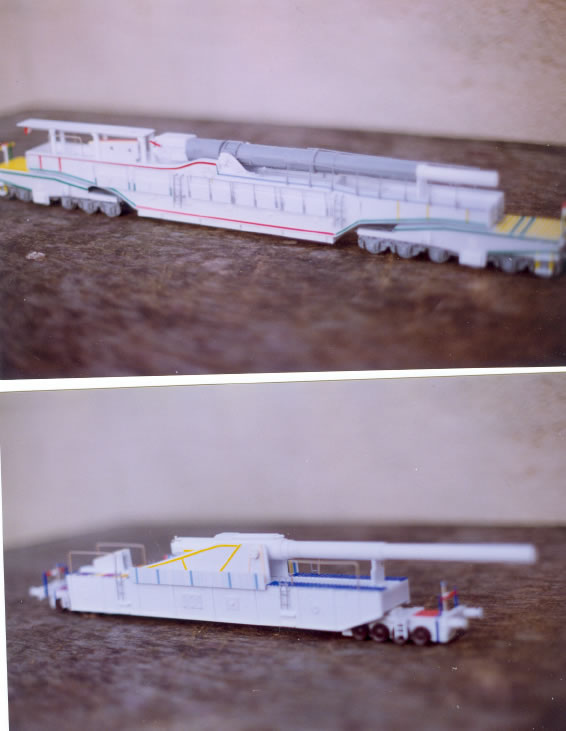 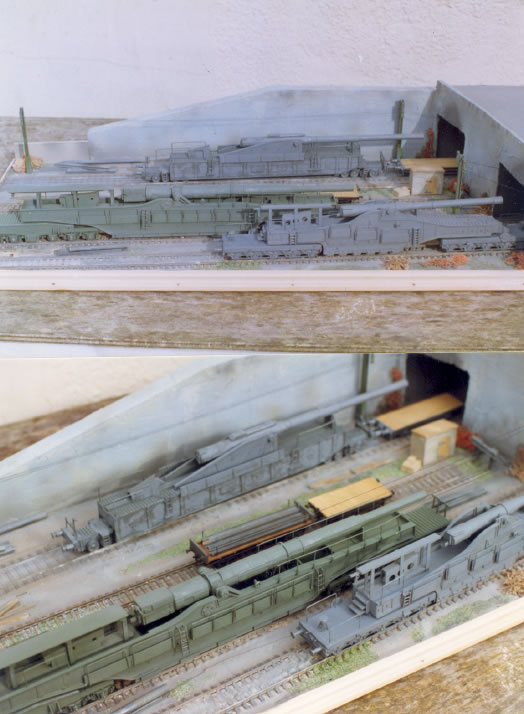