When I first decided to do this diorama, I told my wife it would take quite some time and she said more like a twelve year project ! As I was doing it for myself I could only fit it in between doing other peoples models but even so it only took 8 years. I bought the model of Hitler and Hess at a trucks and tracks show many years back and have no idea who made them but I left the Hess figure as it was. The Hitler figure was in a greatcoat and was not that good but I used the head and fitted it to various Verlinden parts and a new converted right arm. The main Standard bearers and the banners were from a friend’s original model and after several false starts I managed to get 20 in good order, 11 of which had the ” Deutschland Erwache ” banners and pole tops all done in resin. The other larger flags were from beer can metal cut to size and painted with the circle and swastika and the smaller square standards were copied from books and done as two sided items. The Deutschland Erwache writing is rub down lettering and the swastikas from the xtradecal range. The main podium is 24 x 12 x 8 inches and the actual base board is 34 x 16, the cake decorating pillars are 10 inches high with a top eagle and swastika from Das clay. The car in the side road is a 1/16th Academy model that I had previously built…now does anyone know where I can get more of the Hess figures ??. 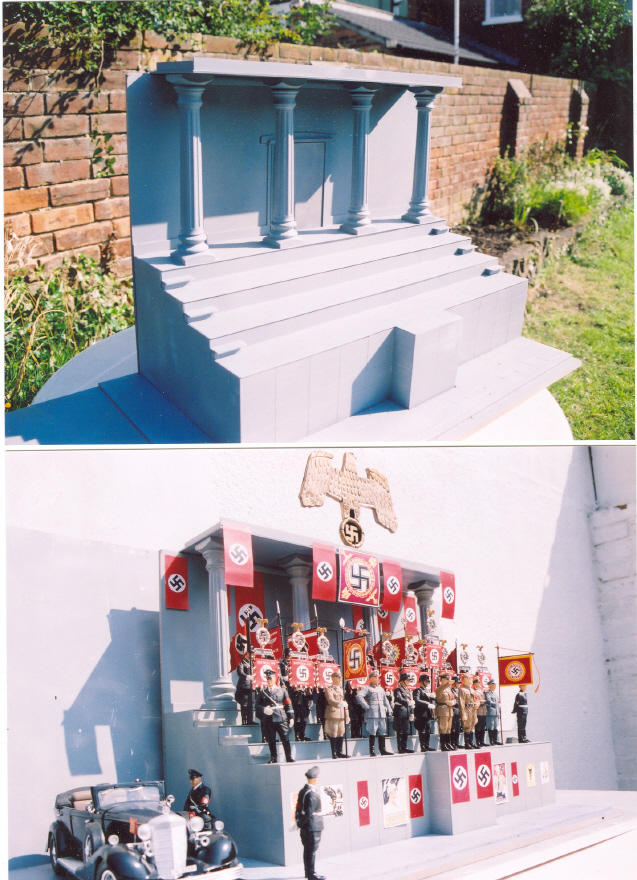 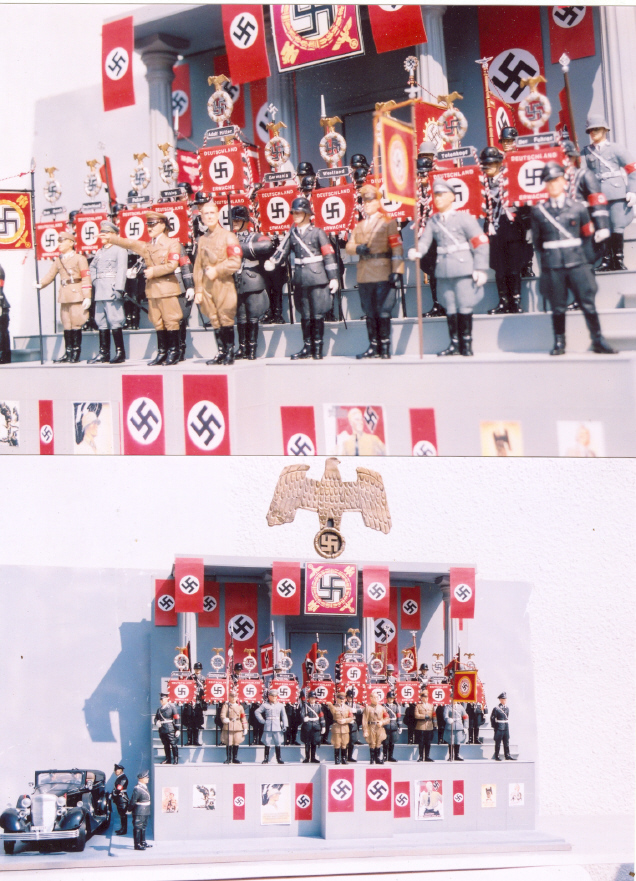 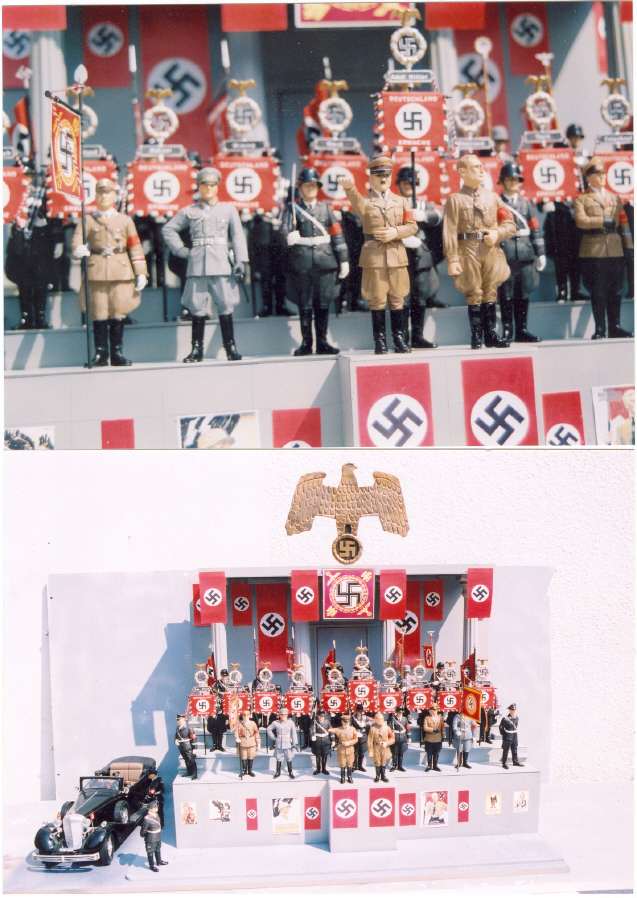