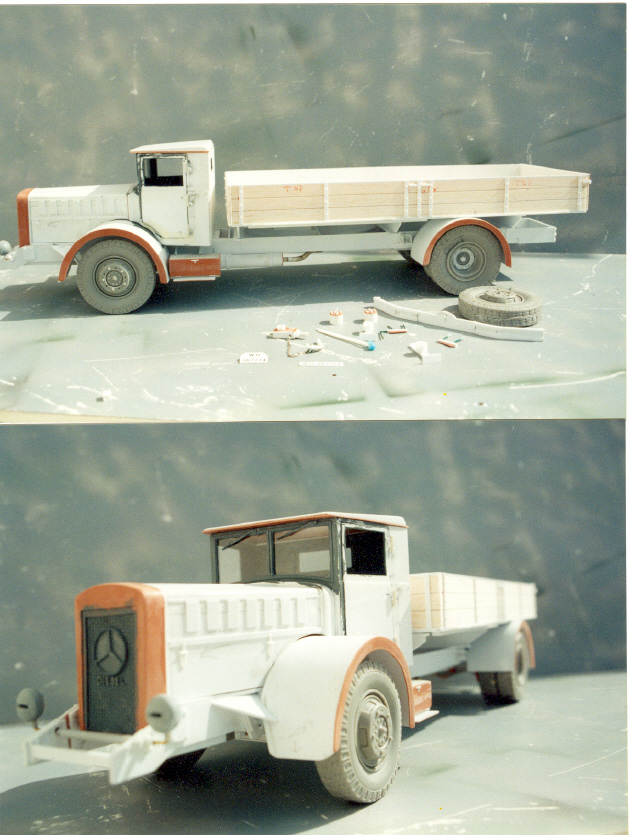 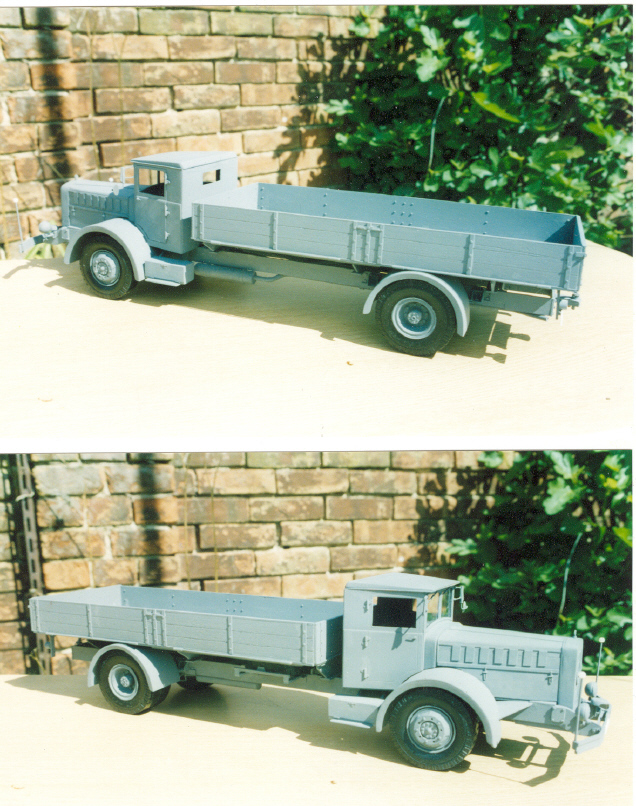 This was another model I had wanted to do for some time but only had a couple of photos in an old book. I recently managed to get hold of a Wespe models 1/35 scale kit and decided to make the model in 1/16. The chassis was made from 5/8 x 60th strip braced in 4 places and a basic lower engine detail was added. The front and rear mudguards were made from 20th card and fitted. The cab and bonnet were also from 20th card and clear plastic card was added to the front screens only. The cargo bed is from 20th card covered in balsa planking and wheels are from a 1/15 Puma kit, which are about 2mm too small so its close enough.