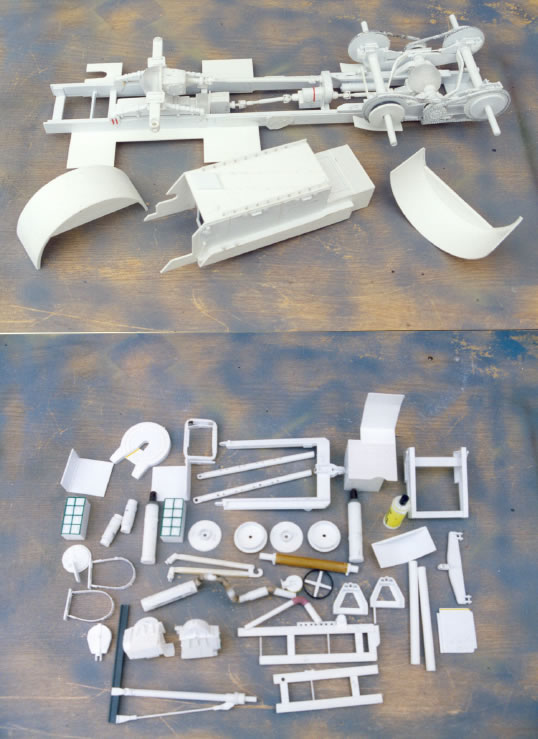 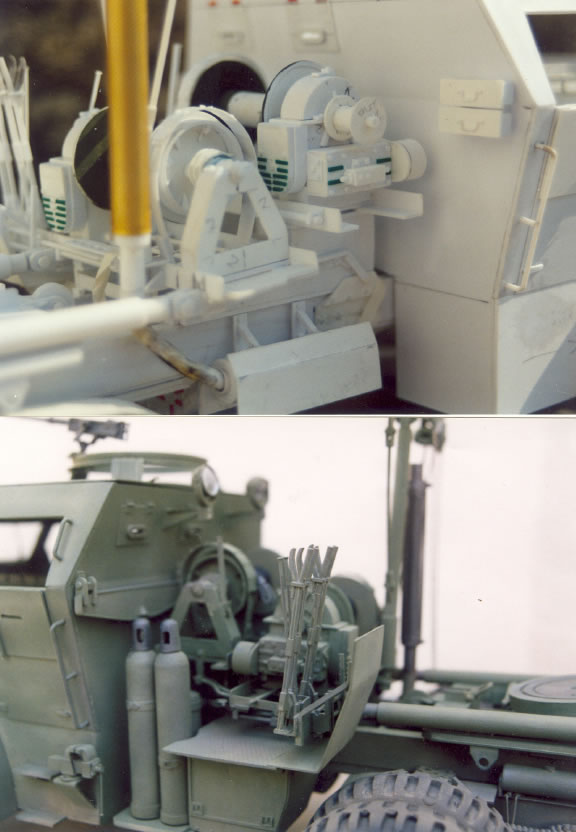 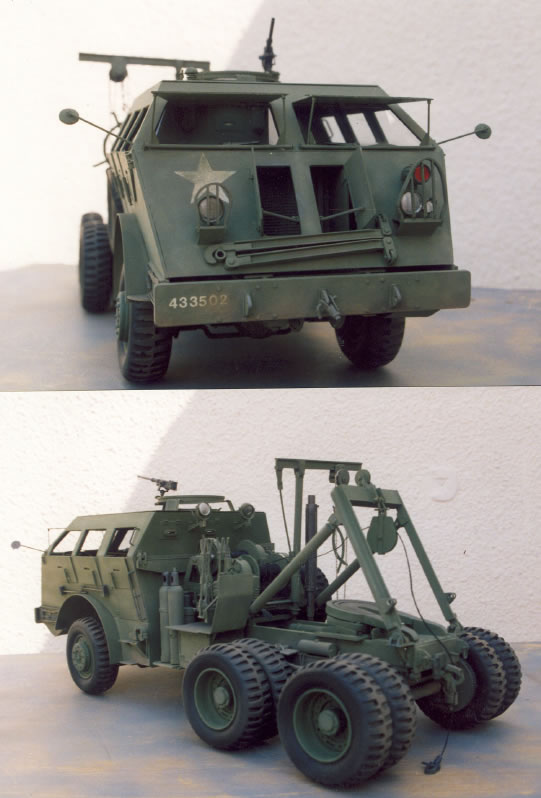 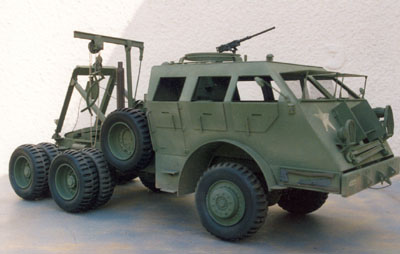 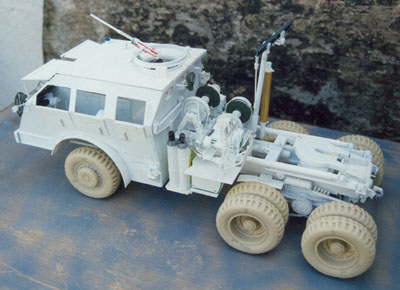 When I was asked to build a 1/16 Dragon Wagon, my first thought was where do I start? I had never even seen the Tamiya 1/35 model but I had heard it was pretty complex.

The guy who wanted it had the Tamiya model which I used for scaling up and I found a few good photos, and a few more were loaned to me for the duration of the model.

I got a master of the wheel made by our local woodturner and had 11 of them cast in resin with separate hubs so that all the wheels were the same.

The main chassis was from 5/8 inch x 80th strip and all the crossmembers were added as per the kit. The cab was from 60th card as was the inner engine cover seat cushions were from Das and front windows from clear 10th card.

The double winches were made as per kit from strip, rod and tube and black nylon twine for the cables, the rear lifting frame was from ½ inch, 7/16 and 3/8 tube, all other parts were made in the usual way scaling from the smaller model.

I had to paint a lot of the parts by hand as it progressed and when it was finished a couple of coats were sprayed on and then shaded, a thin coat of earth was then added to the tyres.